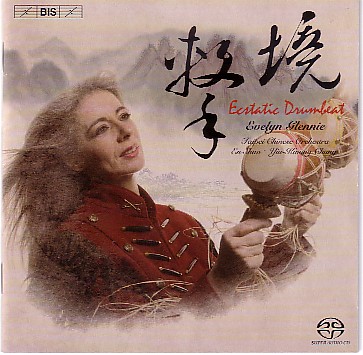 Appearing with leading orchestras and conductors around the world, Evelyn Glennie has also collaborated with musicians as diverse as Emmanuel Ax, the King’s Singers and Bjork. Another unexpected partner is the Taipei Chinese Orchestra, with which she first performed in 2009. Returning to Taiwan a year later, she recorded the present disc of original compositions and arrangements for percussion and Chinese orchestra.

The programme is wide–ranging in geographical terms, with works by composers from the Far East, as well as by German-based Nebojša Živkovi?, whose duo Born to Beat Wild for bass drum and trumpet here is performed with a suona, ‘Chinese oboe’, replacing the trumpet. But the disc also spans a vast distance in time, in that the final work, Emperor Qin Crushing the Battle Formations, is a reworking by the composer Yiu-Kwong Chung of an ancient score first performed in the year 627 at the court of the second Tang Emperor.

Ecstatic Drumbeat is the last of four discs that present collaborations between the Taipei Chinese Orchestra and soloists from a Western tradition, with Evelyn Glennie following in the footsteps of flutist Sharon Bezaly, saxophonist Claude Delangle and trombone player Christian Lindberg on her own oriental journey.

Released May 2012 on BIS Records 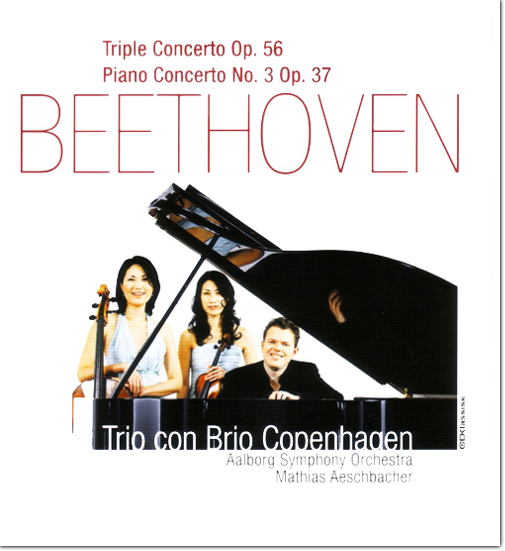 and the Aalborg Symphony Orchestra.

...are words frequently used about Trio con Brio Copenhagen, now considered one of the leading piano Trios of the new generation.